André Beuchat is artist, etcher, engraver, printer and author of edizioni d’arte, rare book editions with his own original works of art. He is Director of the Art Studio, Atelier Alma Charta where he fabricates his rare books with a highly trained team of fellow artists and printers.

Beuchat recently won one of the most prestigious prizes and forms of recognition in his field, the Prize for Engraving 2016 from the Académie des Beaux –Arts de l’Institut de France in Paris (November 16, 2016). He regularly exhibits his engravings and rare books in Paris and other international locations. He will present his work at the Codex Book Fair in San Francisco in February, 2017. 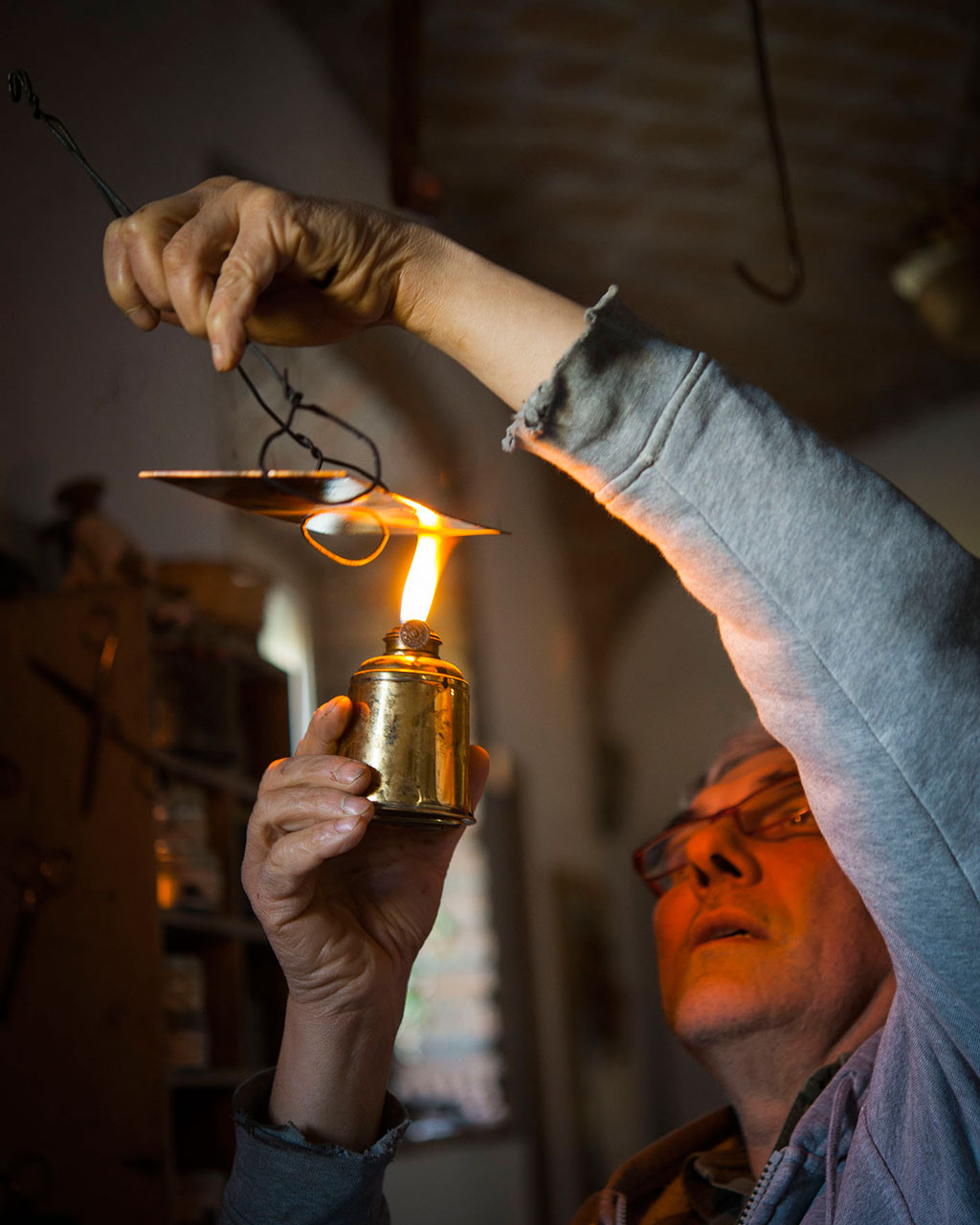 In the Alma Charta atelier, the famous Latin proverb “In medio stat virtus” (“virtue stands in the middle”) is not just a moral teaching, prompting one to find the right balance between two extremes, but a very real geographical cue.

According to Swiss etcher André Beuchat – who opened Alma Charta in Toccalmatto, a suburb of Fontanellato, in the province of Parma – its perfect “middleness” is in the fact it is exactly as far from his hometown Neuchâtel and Rome, “caput e omphalos mundi” (Latin, again, for “head and navel of the world”).

While the interesting geographical explanation is Beuchat’s own interpretation, anyone who visits the atelier and sees him at work – with type, ink, paper, printing presses, copper plates, and burins – will agree on the “virtue”, and great quality, of his work.

The Virtue of art certainly has found a home in Toccalmatto.